The past couple weeks have been very stormy in the East Coast, Gulf Coast, and Midwestern regions of the US. Severe thunderstorms are expected to pass through eastern Texas, Arkansas, Missouri, Tennessee and Kentucky and up into Indiana and Illinois. These storms could bring huge, damaging chunks of hail, and as much as 7 inches of rainfall in some areas. Forecasters are warning residents in these regions to watch for flashfloods. There is also talk of potential tornado formations, giving sections of Tornado Alley the chance to live up to its name.

Tornadoes rely on severe differences in air mass temperatures to form. The succession of specific air conditions during a severe thunderstorms makes the formation of tornadoes and ground contact generally unlikely, but the risk associated with them is so great that potential warnings in advance are the duty of forecasters. Although the path of a tornado once it actually does make contact is wildly unpredictable, the conditions leading to the tornado itself are very easy to identify, thus issuing tornado watches and warnings are not hard to do. 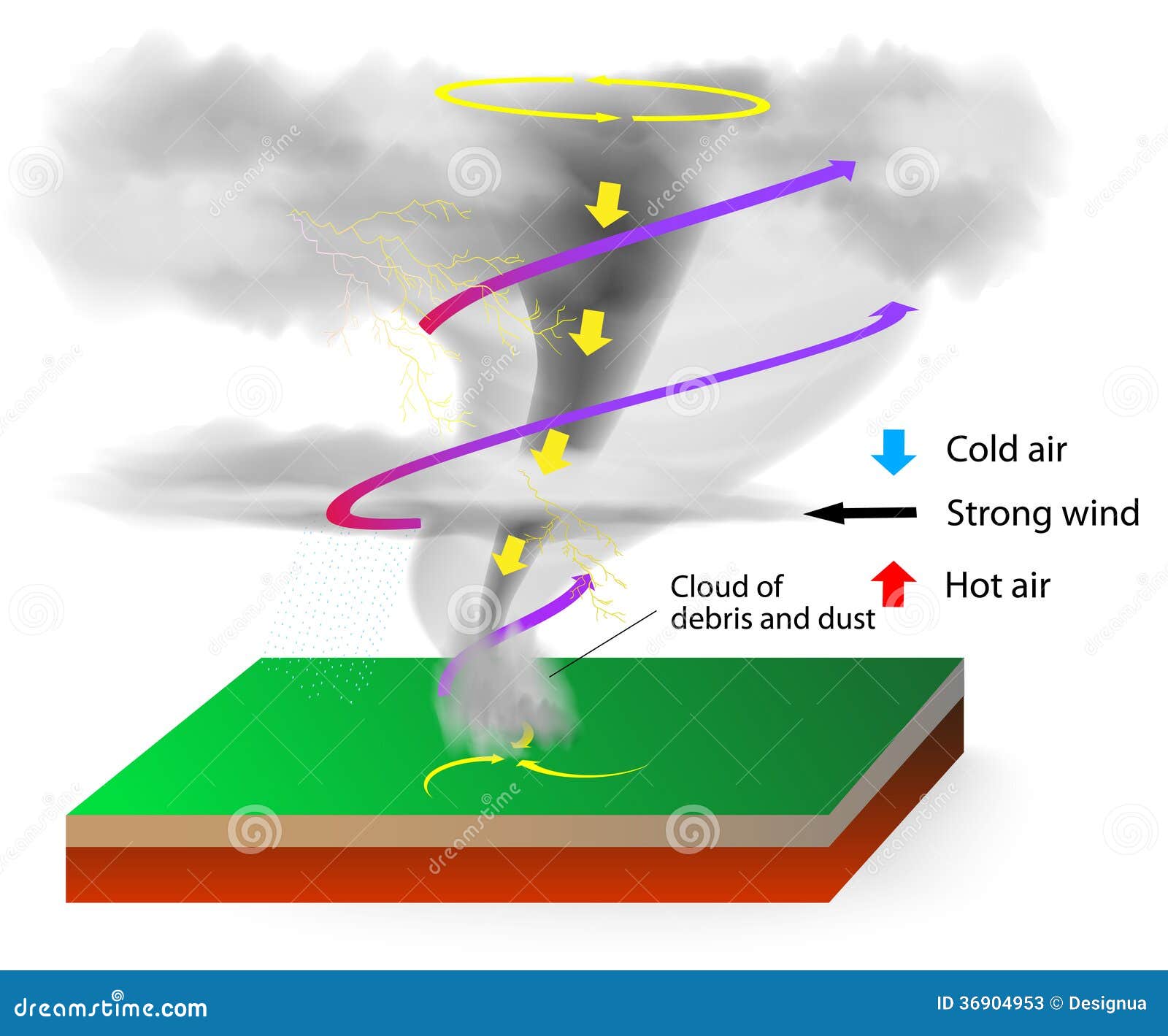