Hold your horses, it’s not spring everywhere yet. Winter Storm Ursa is supposed to drop inches of snow on high elevation cities like Denver and Amarillo. Parts of Wyoming have already received up to 2 feet of snow, forcing a few roads and even a highway to shutdown because of blockage and dangerous conditions. Denver is on the move and is mobilizing preparation efforts so that they are better equipped for when Ursa finally hits. Numerous events including a golf championship are expected to be cancelled because of the projected snowfall in Colorado and the Texas Panhandle. It is always interesting to see how towns and cities handle late season snowfall, whether or not they had already shifted to a spring oriented mindset.

This man in Wyoming seems excited about the late season wonderland and appears to have the appropriate vehicles for the occasion to boot.

Surprisingly enough, places such as Kansas, Nebraska, Eastern Colorado and the Oklahoma panhandle are likely to get a huge amount of snow this weekend. Places such as Kansas and Nebraska are expected to get between two and eight inches of snow but Colorado and Oklahoma are expected to get around a foot of snow. An agricultural meteorologist explains that it is not that uncommon for these areas to be getting snow this time of the year but its the amount of snow expected is unusual. Because of the cold temperatures reaching those regions, it is expected to damage 20% of the regions wheat crop for the harvest season. Flooding is also a risk for the area because with snow comes the water when the snow melts and farmers are worried about all of their crops failing. Temperatures are then expected to reach the 70’s which should help dry up some of the rain and snow expected to fall. This article really made me think about the cause of the rapid temperature changes and I am wondering why there is so much snow falling in this time of the year. Although the temperature doesn’t seem out of the blue, the amount is because this region often doesn’t tend to drop this much snow. I am also curious to know if farmers change the way they plant their crops in the future due to these natural occurrences as a way of protecting their crops and livelihoods.

Over the weekend, New England and upstate New York had the pleasure of meeting Winter Storm Thesus on April’s Fools (Saturday). The cold air that was already in place combined with a low pressure in the Atlantic, right off the Jersey and Long Island coast. The storm dropped a good amount of snow and sleet with Vermont and Maine reporting snow accumulation into the teens. The stats from selected reports were given in the article.

Here are selected snowfall and ice reports through Saturday evening:

The article also went on to reminisce about the Blizzard that hit the same area 20 years ago.  A low pressure system coming from the Ohio valley moved slowly over the region, leading to a steady snowfall averaging 3 inches per hour in some parts. Massachusetts received the brunt of the blizzard; half the state logged 10-20 inches and the other half, closer to the coast, reported 20-30 inches.

While Thesus may have been a rude introduction into a new month, it was certainly better than how New England started Spring in 1997.

Link to the Article:  https://weather.com/storms/winter/news/winter-storm-theseus-northeast-new-england-april-fools-snow

Due to the storm, major cities have been shut down. Thousands of travelers are stuck in airports due to 6,000 flights that are cancelled and almost 2,000 more that are delayed. Before the winter storm even hit the Northeast, two people died in the Midwest. Virginia, Maryland, New York, and New Jersey declared states of emergency. Officials warn the people to stay off the roads. Public schools have been closed in many states including Virginia. Nearly 100,000 people have lost electricity. In fact about 50,000 of these people are Virginians. Presently, it is still snowing in the northeast- Maryland through Maine.

I live in Stafford and the roads are covered with slush that froze over.  The snowplows could not remove the ice so they salted it. However, it is still slushy on the roads and we cannot get out of the house until it starts warming up.

A storm dubbed Doris has hit the UK and is wreaking havoc. With high winds, black ice, and downed trees, this storm is posing threats at every corner. Gusts of more than 100mph have been recorded in Liverpool. The wind has claimed the life of a woman hit by the flying debris. Wind has also caused many issues for trains by blowing debris onto the tracks, and is making flights almost impossible at this point in time.

Car accidents have been a problem as well, including crashes with falling trees and overturned buses. Thankfully, the only other casualty in this storm so far has been a woman who was also hit with flying debris. None of the crashes, overturned buses, or falling trees have done any harm to people thus far. Even with several buildings being damaged and reports of building collapse, there remain few casualties. People are to stay indoors if possible, as the storm continues tonight. 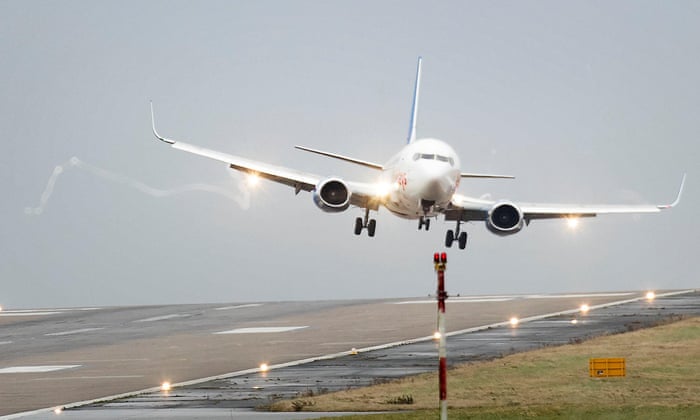 “At least 156 people have died along the Afghan-Pakistani border after three days of heavy snowfall caused a series of deadly avalanches Sunday.”

The death toll is expected to rise, as the National Disaster Management Authority says that more people are still trapped under the snow. Over 300 civilian homes have been destroyed, and most of the victims so far are women and children.

Evacuation efforts, however, are just being implemented two days after the series of avalanches.

Winter Storm Niko has hit the northeast, wreaking havoc on major cities like Boston, NYC, and Philadelphia. It has hit at least 9 states including: Connecticut, Maine, Massachusetts, New Hampshire, New York, New Jersey, Pennsylvania, Rhode Island, and Vermont. Snow emergencies have been declared in Philadelphia and Boston. This storm has brought everything from high winds, ice, snowfall reaching 24″ in 24 hours, and even thundersnow in some places.

The results have been drastic, having already taken the life of a doorman shoveling snow in NYC who fell through a door. The New Jersey Turnpike has had its speed limits reduced to 35mph and the Connecticut State Police have received 600 calls, including those concerning 4 different wrecks, and many semi-trucks turned sideways due to hazardous conditions closed parts of I-95. People became stranded on Long Island and all around NYC as the snow and ice has inhibited travel. 4,000 flights across the country have been cancelled due to Niko. To add insult to injury, one of the de-icing trucks at a Connecticut airport caught fire, as the airport was shut down for several hours.

A series of violent storms are currently battering the coasts of France and Spain. This has resulted in loss of power in areas and damage to infrastructure. As of yesterday, 250,000 homes have been left without electricity in southwest France, while the Atlantic coastline in Portugal, northern Spain and France have been experiencing storm-driven waves and high winds of around 150 km/hr. Damage to a stadium’s roof in Spain caused the postponement of a futbol match. The pictures in the article show high waves hitting the shoreline and the damaging effects of high winds. Read the Al Jazeera story here.

Multiple accidents were reported Friday in Portland, OR due to icy road conditions. A multi-vehilce pileup was reported on I-5 that shut down all southbound lanes of traffic for many hours. Luckily only injuries were reported. Another accident as a result of this weather was a semi-truck falling off of I-84 and down into a 50-foot embankment towards the Columbia River on early Friday morning.