The storm originated in early November by a tropical storm that had moved across the western part of Malaysia. After a while the tropical storm had reached the Bay of the Bengal, where the water is famous for how warm it is. During this time that the storm has reached the Bay the storm had begun to build greatly. The time that the storm began to intensify is recorded to have begun on the eighth of November. By the ninth of November reports stated that the storm had reached its tropical storm potential. At precisely high tide the storm had arrived at the Ganges on the early morning of November 13th. As the storm was heading northward towards East Pakistan the storm was beginning to build very quickly and fast. Before the storm could reach its full potential, the satellites were able to get a close approximation as to what the average wind would be at landfall and the wind gust. The average wind fall at landfall was expected to be at 140 miles per hour. At the time of high tide the storm surge had reached twelve feet. With the storm surge being at twelve feet that was additional ten feet to the measurement of the sea level already. As a result of all the storm surges this caused the storm surge to reach a total of twenty feet. (Emanuel, 2005, pp. 221-25)

The reconstruction phase consisted of rebuilding almost everything because the storm destroyed everything, including buildings, homes, and agriculture. Since Bangladesh is subjected to receiving these natural disasters frequently they are continually revamping their storm systems and shelters, so the reconstruction phase is forever continuing. Extensive amounts of mitigation was started after the storm took place in Bangladesh and they invested in preventable infrastructure and embankments. Besides their indestructible infrastructure and their steps to better mitigate the area, they have taken other precautions too. They have built better cyclone shelters and made evacuation routes so people have ways to escape before the storm can worsen. They have invested their time in bettering their communication systems and have developed credible warning systems along with investments in extraordinary and user friendly relief systems. For the future, they have used all of these preparation tactics, since cyclones are common in Bangladesh. Along with the other preparation systems they have gotten involved with the national Cyclone Preparedness Programee (CPP) and that has helped them to improve and reduce the amount of destruction that occurs during and after a storm strikes. (Academia.edu, 2017)

Climate change is altering the state of the arctic faster than we are expecting and evidence is showing that it is currently being pushed into a new state. This source reported that temperatures are steadily rising and also ice is melting onto the land and into the sea. It also reported that if we continue global warming and even if we try to keep it below the expected threshold, then we are still looking at permanent damage. This is going to result in a drastic change in sea heights and they will rise dramatically.

In Greenland a new crack has been found in one of Greenland’s biggest glaciers. This was first captured recently by NASA photography. While completing a mission in the Northwest of Greenland they were able to spot this mysterious rift. This crack is seen to be spreading closer and closer towards the middle of the ice shelf. This ice shelf could potentially end up breaking off into two shelves, but because of the “medial flowline,” it could prevent that from happening. 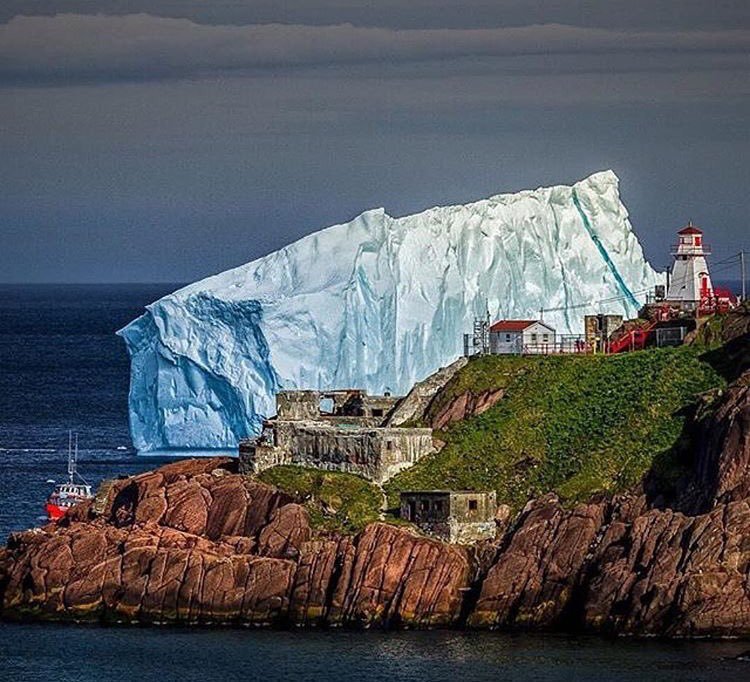 Along the coasts of Newfoundland and Labrador in Canada, icebergs were spotted floating by some housing. There are about 80 icebergs sighted during the month of April during the normal iceberg season, but currently this month there has been about 600 massive objects that have been seen floating by. These were all spotted in the North Atlantic shipping lanes. The iceberg pictured caught the eyes of many, and is measured to be about fifteen stories high, and that is above the water.

On April 19th it was reported that large parts of Antarctica are getting washed away due to meltwater that is a result of the hot summer months. Scientist did not think that huge parts of Antarctica would begin to melt away but it seems that they may have stood corrected. They also confirmed that this melting has been concurring for years now. Due to this increase in meltwater, scientists expect that over time the entire continent could suffer from a rise in temperatures, that could be more foreseeable in the future.

According to a news article posted on April 17th, 2017, heavy rainfall has Quebec on watch after heavy rainfalls. Rainfall from Sunday has caused large bodies of water to rise and also flooding to spread. It was reported that streams and rivers in the area have reached their water capacities. Over the next few days it is expected that these water levels will continue to rise or they could potentially do the opposite and proceed to slow down. Because of the steady rain it has caused many routes to close due to the excessive amounts of rainfall and flooding.

A fire in New South Wales that took place in February has been reported to have destroyed approximately 15 homes. The fire took place in Carwoola, east of Queanbeyan.

The fire occurred on  a hot and windy day and  ended up blackening more than 2500 hectares. Many roads were affected by this blaze and for the safety of  the people, many roads were shut down and blocked.

The result of the fire ended in the injury of two firefighters and the destruction of fifteen homes. The Rural Fire Service reported that 100 new fires began after a band of electrical storms came across New South Wales and that it had an even greater impact in Sydney.