A mudslide occurred overnight in Bogata, Colombia. The mudslide was caused by, “Sudden, heavy rainstorm happened around midnight in Mocoa, a provincial capital of about 40,000 tucked between mountains near Colombia’s southern border with Ecuador.” Three rivers burst their banks and sent muddy water rushing through the town in the middle of the night sweeping away houses and uprooting trees. It also carried larger rocks and sediment surging down the mountain toward the town. “Many residents did not have enough time to flee. An avalanche of water from three overflowing rivers tore through a small city in Colombia while people slept, destroying homes, sweeping away cars and killing at least 193 unsuspecting residents.” The red cross says that 202 people are injured and 220 people are missing. The president of Columbia has declared a state of emergency. They are still looking so the death toll will probably rise. 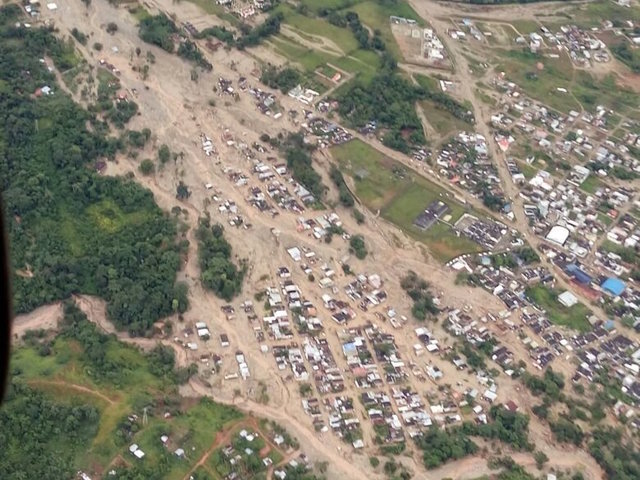