A foot of fresh snow fell over the weekend and additionally warming temperatures created favorable avalanche conditions. Authorities had issued an avalanche advisory.  It seemed to be very fortunate that a significant number more were not injured or killed. 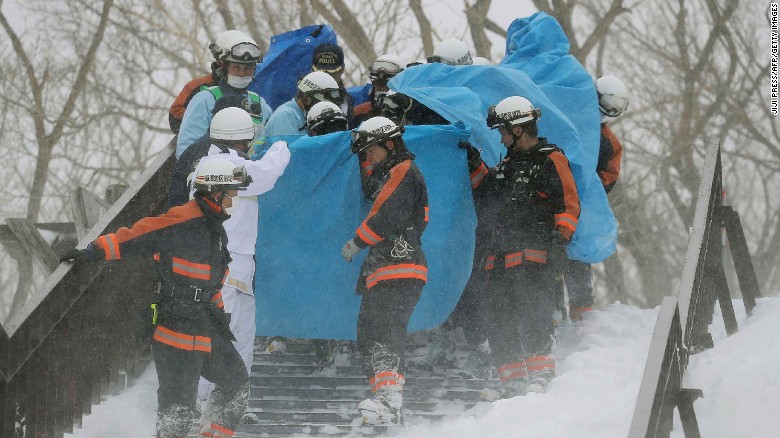 Firefighters carry a survivor from the site of an avalanche at Mount Nasu, Japan, on Monday.

Tokyo (CNN)Seven high school students and a teacher are feared dead after being caught in an avalanche at a Japanese ski resort Monday, according to local police.

Poor weather conditions initially hampered efforts by rescue crews to reach the Nasu Onsen Family Ski Area, a small ski slope on the side of Mount Nasu in Tochigi Prefecture, about 200 kilometers north of Tokyo.
The students were part of a mountaineering club and had reportedly been taking part in a climbing event when local police received a call about the avalanche at 9:20 a.m. local time, according to local officials.
Sixty-two teachers and students were participating in the climbing lesson and 48 of them were in the area where the avalanche happened, police told CNN.
Forty people were hurt, including two who sustained serious injuries.
Thirty-two students and teachers were able to safely get down from the slope, the fire department spokesman said. 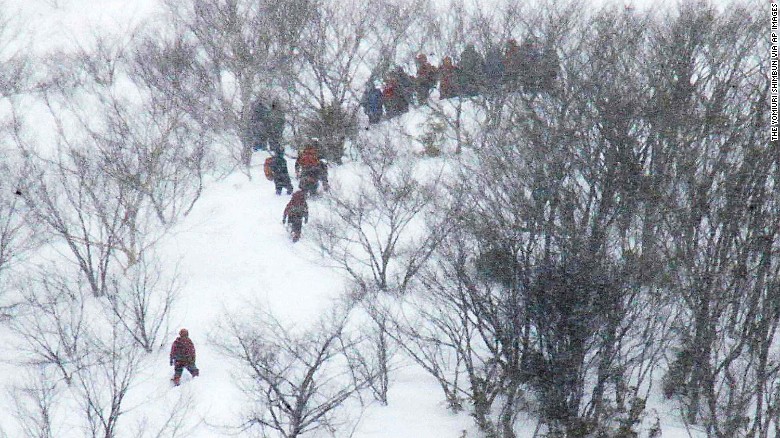 Rescue team members climb the mountain at Nasu Onsen Family Ski Resort.
Over a foot of snow fell in the Nasu highlands region between Sunday night and Monday morning, according to data supplied by the Japan Meteorological Agency.
The agency had issued an avalanche advisory warning for the region, after recent warm weather raised the risk. Snow showers are predicted to continue through Monday and into Tuesday. 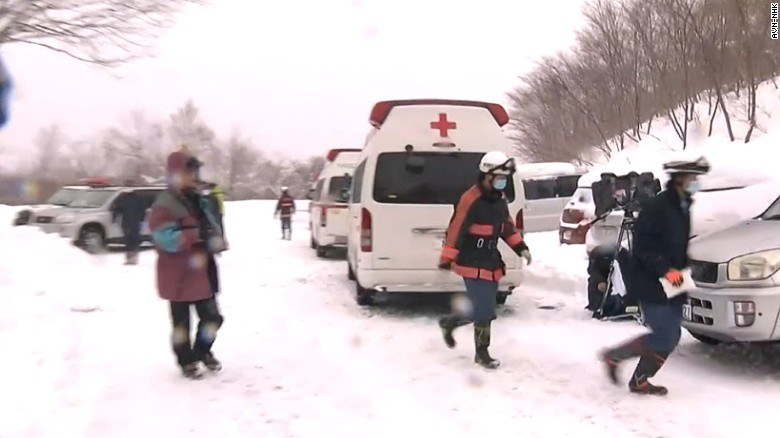 Rescue efforts are being hampered by heavy snowfall.
Prime Minister Shinzo Abe commented on the disaster at a parliamentary session Monday, according to local media. He said that the government would “make every effort to respond to the disaster, while making it a top priority to rescue victims.”
Police initially reported that eight students were feared dead, citing a witness on the ground, but have since revised their estimate.
Source: http://www.cnn.com/2017/03/27/asia/japan-avalanche-students/

One thought on “7 students, teacher feared dead in Japan avalanche”